The Secrets of Jamie Oliver’s Chicken in Milk 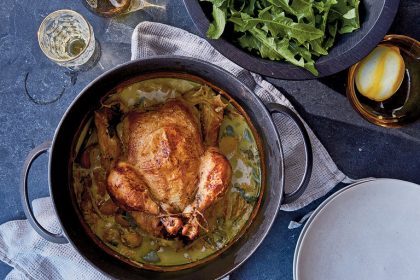 In 2002, when he was 25, the British chef and rising BBC cooking star Jamie Oliver put a recipe for chicken in milk into his cookbook “Happy Days With the Naked Chef.” He called it “a slightly odd but really fantastic combination that must be tried.” That description is absolutely accurate, as it happens, though Oliver, 41, told me the words now make him laugh. “I was hardly upselling its virtues,” he said.

The dish’s merits are, in fact, legion. You sear a whole chicken in butter and a little oil, then dump out most of the fat and add cinnamon and garlic to the pot, along with a ton of lemon peel, sage leaves and a few cups of milk, then slide it into a hot oven to create one of the great dinners of all time. The milk breaks apart in the acidity and heat to become a ropy and fascinating sauce, and the garlic goes soft and sweet within it, its fragrance filigreed with the cinnamon and sage. The lemon brightens all around it, and there is even a little bit of crispness to the skin, a textural miracle. It is the sort of meal you might cook once a month for a good long while and reminisce about for years. A friend of mine reminded me of the dish not long ago, spooling me back to a fourth-floor-walk-up kitchen where I had to cook quietly while the baby fell asleep, before greeting guests for late-night suppers. Chicken in milk was my standard go-to company meal then. “I loved that chicken,” my friend said. “Where did that come from?”

It’s a long story. Oliver’s recipe from “Happy Days” burned bright in the imagination of many in the early part of the century and has since been a star of Pinterest and the dinner-blog set. It’s outstanding. But of course brilliant recipes have many parents. Italians have braised pork in milk for generations, a style of preparation that the great Marcella Hazan popularized in her own books. Ruth Rogers and Rose Gray of the River Cafe in London, where Oliver first gained notice as a cook, took Oliver to Tuscany in the late 1990s when he was working for them, and they had a version there that Oliver said blew his mind. “I never, ever forgot it,” he said.

Rogers and Gray served pan-roasted chicken in milk in their dining room at the River Cafe and included a recipe for it in their “River Cafe Cookbook Easy” (2003). I have a smart old cookbook called “Italy on a Platter” — there is no author listed, but I think it was written by Osborne Putnam Stearns in 1965 — that describes a similar dish named for the hotel Albergo San Domenico in Taormina, Italy, with more herbs in the sauce but no lemon. Even the classic Italian cookbook “The Silver Spoon,” first published in 1950, has a recipe for “Chicken With Cream.” It has fewer herbs than in Taormina, but plenty of lemon.

Oliver’s version is more exuberant than any of them, and it is, he told me, based on the dish he ate in Tuscany. That one, he said, “was made with shoulder of pork browned off lovingly in butter until golden.” Then the butter was removed, “and it was slow-poached in milk with woody herbs like sage or rosemary and a little nutmeg.” He described how home cooks he’d seen in rural Italy scraped bits of nutmeg into their sauces with a small knife — irregular chunks of spice, much larger than a restaurant chef would ever use. “Uncooking,” Oliver called it — doing as a home cook would instead of a professional with a microplane.

That notion of uncooking gave him an idea. A shoulder of pork is a massive thing, he said, and quite expensive relative to the cost of a chicken that he thought people could cook regularly for a weeknight meal. The Naked Chef stood in opposition to such inaccessibility! So he swapped in a chicken, replaced the nutmeg with cinnamon for reasons he can no longer remember and set to thinking about the lemon he would use to break the milk in the sauce. A chef would zest it. “But keeping the yellow zest in large strips and not fine dust,” he said, is important almost beyond measure to the success of the finished dish. “Totally different flavor,” he said. Oliver grew animated at this point and entered into a riff about slurping and tasting, beauty and restraint. He called the split-milk sauce “whey gravy, a kind of homemade ricotta, double pleasure for sure, boom!” And then he apologized for going on and on. “I got quite excited just answering the question,” he said. “And also thinking, I’m cooking it this weekend!” 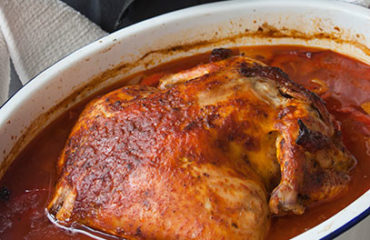 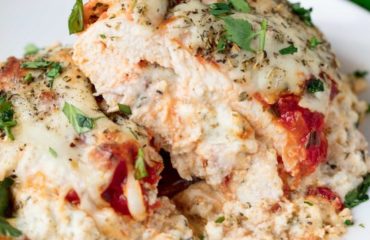