Klaas Liwani keeps children off the street and in school 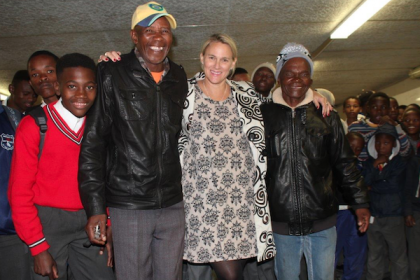 This humble man and his wife was on their way to buy tea and sugar at the local spaza shop in their community when they noticed 5 or so naughty boys sitting amongst the bushes smoking and making dagga pipes. They continued to do their shopping, but could not get these children out of their heads. Klaas’s wife insisted that he should help them. But how? Right there and then they decided to buy a ball. Laughing, Klaas says that he was not sure how this was going to help, but his wife insisted. There was no real plan or future vision, but he bought a ball and cooldrink.

Passing the boys on their way back, he invited them to join him and his wife to go home with them. The boys humoured him, probably at a lack of something else to do and played around his yard that day. They kicked ball with Klaas. The next day they were back in the bushes smoking pipe.

Klaas walked back the next day and collected his little possy again, and took them home. They kicked the ball and left. The next day the boys arrived on their own accord. Klaas was happy that he could keep them off the streets. His wife made pap with a little meat.

More important for him was that he knew he needed to get these children to attend school. He wanted them to have more option than what he had in life. He took time to talk to these boys, he did not have the eloquence of a teacher or a degree in child psychology. Klaas put these children infront of the TV to show them the world out there. Klaas wanted to show them that there is a bigger world out there . And the only way they could participate in this world was by going to school. A chance that Klaas himself never had. He used his own life to show the contrast. His lesson that he wanted to bring across was that the choices children make today, was going to be the future they choose . The kids came back and kicked ball. Sundays, Klaas says, was allocated to spending time together, “family time”. Just sitting around and talking. How rich these children’s lives had become. A single person making time to hear them, to teach them. The boys did not want to stay in the “bos” anymore, they wanted to stay with “tata” at his house. With very little room he and his wife made space for the 9 boys. He was delighted when they started attending school. Klaas was still collecting boys loitering under the bridge during the day. His protégés started bringing friends over who had heard about his little “soccer academy”. Then their school mates started coming to his house and he made up teams, teaching them the only thing he knew how to do: Kicking ball and playing soccer. To inspire these children he and his wife, as he put it, bought some”tjeap” T-shirts and “tjeap” shorts at PEP stores for his “soccer teams”. Sunday were still put aside for talking and socializing with the children.

His efford by now had such a ripple effect that he now had parents who were bringing their children to him after school and collecting them again in the evenings.

Today, 13 years later Klaas’s “soccer team” has grown to 37 boys: The Junior Buck Team. He is proud to say that many of these boys went on to play in the soccer league.

One man’s dedication made a difference. One wise man who had no money to give, but his time and a heart for the youth in his community. One man shared his loaf of bread. This humble man did not know that his small gesture on that windy morning in 1992, would have such a ripple effect on so many children’s lives. He did not do this for himself, he did not do this for money or for recognition. A lesson that we can take to heart. 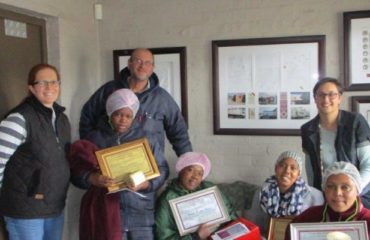 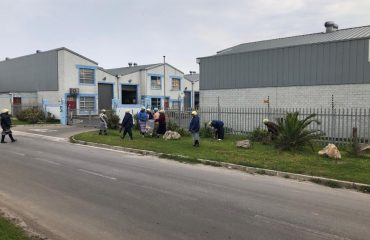 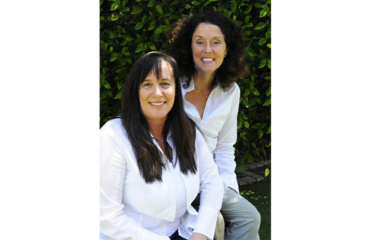