Five talented South African chefs have made the cut for the S.Pellegrino’s global talent search for the best young chef in the world, securing their place among the 10 semi-finalists chosen for the Africa and Middle East region.

The semi-final for the region, taking place in Cape Town on Tuesday, 26 July, will see the 10 creating a signature dish which will then be presented to a jury composed of top independent chefs. The semi-finalist with the best dish, based on S.Pellegrino’s five Golden Rules (Ingredients, Skills, Genius, Beauty and Message), will go on to be one of twenty finalists from around the world heading to Italy to contend for the title of S.Pellegrino Young Chef 2016 in the October Grand Finale.

The five chefs who will be representing South Africa at the semi-finals are Andrew McKinnon, Jean – Claude Wagener, Dion Vengatass, Dean Jones and Phillip Nel.

Andrew McKinnon, Sous Chef at DW Eleven-13 Restaurant in Johannesburg, got the nod for his ‘City of Gold’ dish comprising hake, cauliflower chips and chutney as well as sultana gel and more. The 30 year old, who initially studied Quantity Surveying before being swayed by his love for food to become a chef, began his career as a Commis Chef at DW Eleven-13 Restaurant and worked his way up to his current position. He is passionate about researching food and adding various twists to new dishes. As a result, he has contributed numerous dishes to the restaurant’s menu over the years.

For his ‘Karoo Lamb’ dish, Jean – Claude Wagener, the Sous Chef at the Something Good Roadhouse in Port Elizabeth, was picked to participate in the contest. Wagener constantly strives to improve his skills and up his knowledge of traditional cooking methods. He says: “I believe that every plate of food is an adventure. I have the privilege of sharing that adventure with the person tasting that dish.” With his self-professed competitive nature, Wagener took part in the 2013 Goldcrest Young Chef of the Year and 2015 Lucky Star Innovations competitions.

With an abundance of accolades to his name such as Chopped SA runner up, Unilever Chef of the Year 2011 and Unilever Master of Time winner 2013 and 2014 Dion Vengatass, Sous Chef at the Belmond Mount Nelson Planet Restaurant in Cape Town, is no stranger to competitions. Despite this, he is still humbled to be part in this prestigious contest. He shares: “This one of the biggest competitions in the world and it would be a huge honour for me, as a boy from Benoni, to represent Africa and the Middle East.” His ‘Memories of shell fish curry’ earned him a place the semi-finals. Should he win the competition, Vengatass is confident that the accolade will further his career even more and enable him to start his own restaurant.

Dean Jones, Chef at Le Quartier Francais’ The Tasting Room in Franschhoek, is driven by creativity and is inspired by the people he has met, the places he has been and the experiences he has had. As a chef he tries to transform this into an edible art form. He relishes taking old ideas and turning them into something completely modern whilst adding an unusual twist. This is evident in his ‘Net Caught Fish & Chips’ dish which appealed to ALMA – the world’s leading international educational and training centre for Italian Cuisine – which was in charge of the competition’s regional semi-finalist selection. Jones worked at some of Cape Town’s top restaurants before joining The Tasting Room as permanent member of staff earlier this year.

Over the past seven years Chef de Partie at Rust en Vrede Phillip Nel has steadily achieved his dream of becoming a fine dining chef through working in the kitchens of several top class establishments. He enjoys exploring food and flavours and believes that chefs should send diners palates on a journey with the food that they produce. He adds: “They should be able to feel your feelings and passion in the food.” Clearly this was the case with his dish ‘The 3 little pigs went for Sunday lunch’ which features three different cuts of pork complimented by pear and Brussel sprouts as well as a smoked onion risotto.

The 20 best young chefs from all the participating regions will be announced on https://www.finedininglovers.com/special/sanpellegrinoyoungchef2016 by the end of August. 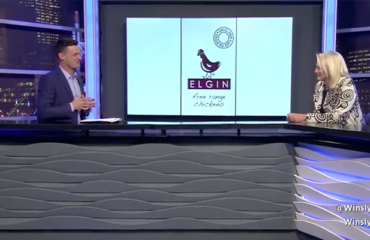 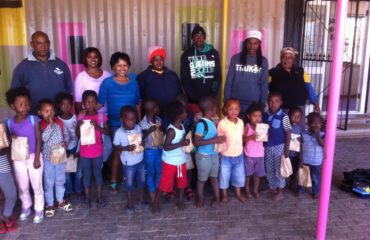