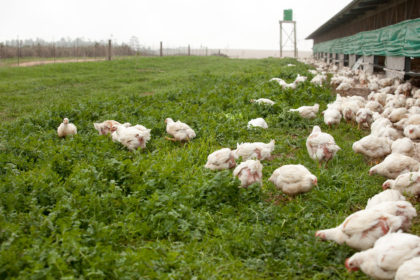 Jeanne : I am going to define it in a chicken term, because that’s where I know what it is – unfortunately it isn’t regulated so it’s really everybody’s interpretation of it.

My version of free range and what I think the general public would generally answer if you asked them that question is, the animal welfare that the chicken has, the life that it has had, as well as what it has eaten which has repercussion to the consumer – so the feed should be free of antibiotics, growth promoters, animal byproducts, as well as the animal should have led as natural a life as what it would normally, by being able to run around outside, eat a natural vegetation and scrub in the ground.

Nancy : That’s an interesting one, because someone was explaining it in an article in the newspaper, they are talking about 6 hours of free range. Is that enough when it comes to the natural living?

Jeanne : A chicken in nature – in winter – it is going to be outside less than in summer, because it works with the daylight hours. Our rules within our company is to allow the birds access for at least 8 hours during the day, and the minute that it is cold or getting dark they come into the house at their own accord – its not as if we have to shoo them all in or heard them into the shed – they come in on their own – it is their natural behaviour to roost at night. When we open the pop-holes in the morning they run outside and go on to the lawn – they love it.

Nancy : I suppose the big issue is, why do we not have any legislation that is clear on this issue? It seems to me and according to the article as well, we have drafts here and haven’t concluded this legislation. Why?

Jeanne : I don’t have much to comment on who’s not doing their job… where I was involved with it was a number of larger free range producers in South Africa where asked by the poultry association to sit with the bill – we drew up the whole draft bill of what Free Range rules and regulations are and a standard against which it could be measured. This draft bill was done in conjunction with the department of agriculture, backwards and forwards, and it was finalised and where it is now is in government on the table waiting to be approved which will then be gazetted and then hopefully there will be something against which there is actually a legal standing on what the rules are and the terms around free range.

Nancy : In the absence of legislation, I’m going to quote the article, the CEO of the South African Poultry association Kevin Luvel – he says the only way to really know whether you are getting a free range product is to rely on the audit systems of the retails. Can they be trusted?

Jeanne : I supply all the retailers in South Africa. My standards I implement quite strictly in that I have my own internal auditing system on a weekly basis, checking the all of the farms, but from the retailers – there are definitely some retails that do more stringent audits, and others that don’t and I think that the consumer needs to become aware, needs to question what is being audited and needs to know if the supplier is going to be transparent with what they actually are doing, and one of the policies in our company are that we are completely transparent, and encourage questions from consumers because it means that they are educating themselves and they are actually finding out the differences of what’s out there. 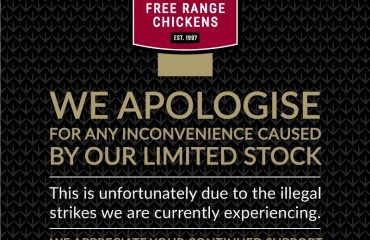 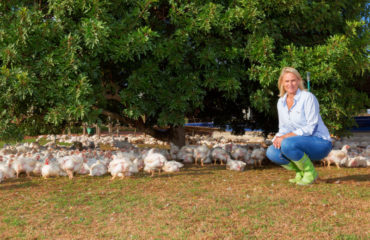 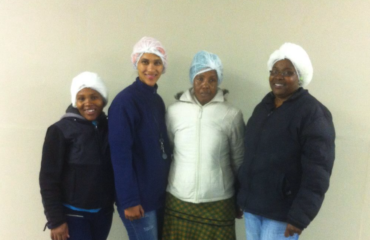